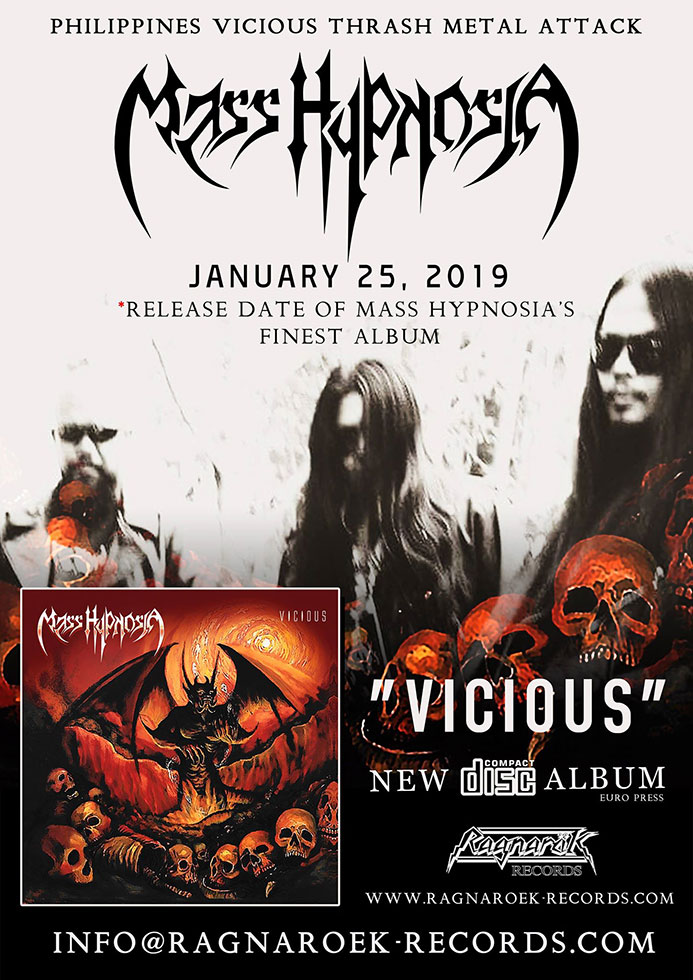 We are very proud to announce that Mass Hypnosia has signed another deal with Ragnarök!!!

There’s no doubt that Mass Hypnosia is the best and also the best known Thrash-act from the Philippines.

While the first album “Attempt To Assassinate” and the two Split-follow ups “Merciless Metal Destruktors” and “Thrash Dasaikkai” have been groundbreaking for the Filipinos all around Asia, the 2016 album “Toxiferous Cyanide” marked a big step forward for them in Western Europe.

With excellent reviews in the European and especially German press (8/10 in Rock Hard; 8/10 in Powermetal; 4/5 in Metal Hammer Poland just to name a few) and followed by interviews in such mags as Rock Hard (Ger) and Metal Crypt (Suomi) the band gained new ground.

While the new album - just called “Vicious” - is even fiercer, brutal and a slam in the face the three Thrashers are on their way to destroy Japan, performing at TrueThrashFest on February 9th 2019, Japans biggest Thrash Metal event.

Mass Hypnosia has returned to give you a lesson in violence. Be prepared!!!