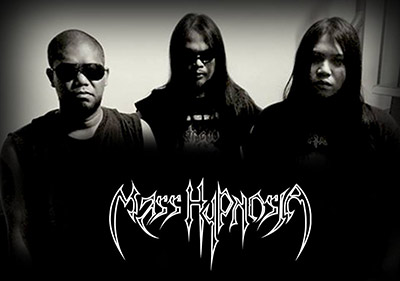 Mass Hypnosia is a death/thrash metal band from the Philippines. The band came to spawn of 2009 when Karl Rosales (guitarist/vocals), Emman Tadena (bass) and Glenn Paul Mariano (drums) decided to play together and write songs which would then be included on their debut album "Attempt to Assassinate" (2010, released through One-A Records). The said debut album consists of nine tracks: infectious, in your face thrash riffage that would leave the elitists and even the clueless poseurs bang their heads to death. A cover of Death's "Denial of Life" from their "Scream Bloody Gore" album is also included on this debut release.

Yet, Mass Hypnosia is not contented. Slowly gaining notoriety and status on the Filipino underground music community, founder Karl Rosales kept the fire burning despite several lineup changes and released a follow-up demo entitled "Blood Spotted Bullet Face" (2011). This demo features a matured, raw, and gritty Mass Hypnosia which would become the prototype of the new direction the band is bound for on the years to come.

But then again, lineup changes took its toll on the band until the acquisition of Kenneth Quidem on 2013 which triggered the long awaited angst and fueled the riffs' thrashing speed; a perfect collaboration on the band's desired musical direction. September of 2013, "Merciless Metal Destruktors" (split with Sadistor on cassette) debuted the underground community with Mass Hypnosia's side featuring four tracks of raw, live, and simply angry, death, thrashing metal madness.

The following year had been the most exciting on Mass Hypnosia's assaults. They played several shows overseas and one of which was when they opened for Possessed during the "Seven Churches Down in Bangkok". They ripped the hell out of everyone and made a statement to the international music scene: "We are here. And we are here to destroy!"

Early of 2015, Mass Hypnosia released a three way split with bands Death Blast and Death Thirst on their latest offering "Thrash Daisakkai" under Bloodbath Records. Included on this release are three tracks of relentless death thrash metal music which could potentially be included on the long awaited sophomore album. Mass Hypnosia is here to slay, and definitely one of the most awaited thrash metal band from the Philippines. 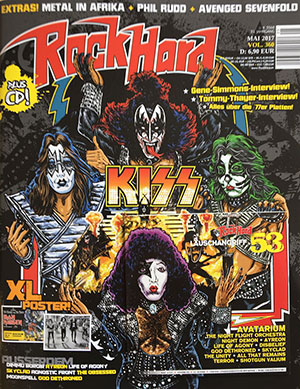