This release is – like the very first one – very special, very personal to me. I am very proud to work with HATE S.A. and to get the chance to re-release their sold out 2013 masterpiece “La Sangre Del Tiempo” (The Blood Of Time).

What you get here is no less than a masterpiece!!!

Here we go again! Four years after its release in South America “Prevalecer” [herrschen (dt.) / to prevail (eng.)] is available for the first time in Europe.

Forget everything what you might have heard, read or thought about South American Thrash acts. Hate SA is for the Latin American Metal scene what Sepultura was for Brazil in their very early years. A force which built up its own following, its on scene in South America in eruptive waves like an earthquake.

But let the music do the talking… turn on the volume, sit back and get knocked down by the aggressive vox and the measuring riffs and leads of HATE SA.

Mass Hypnosia is a thrash metal band from the eastern fringes of Metro Manila's derelict urban landscape. This drunk addicts have given us a taste of true violence, death and horror.

Untouched by the blinding ineptitude that plagues the local Philippine band scene they guard their underground ideology with a fence of barbwired independence. They have stocked their arsenal with an uncomprable and uncompromising barrage of hate and strife that is heard clear and precise within their riffs and the disturbingly intent nature of the band's murderous vocal screams.

Yet, Mass Hypnosia is not contented. Slowly gaining notoriety and status on the Filipino underground music community, founder Karl Rosales kept and still keeps the fire burning despite of several lineup changes. Since their 2011 demo (Blood Spotted Bullet Face) the band focuses on a matured, raw and gritty sound which would become the prototype of the new direction the band is bound on.

All this cumulating in the release of “Toxiferous Cyanide”: An album full of raw and energetic thrash metal which sounds as thrash should sound! 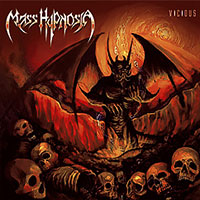 More than eight years had passed since the Filipino death/thrash metal act Mass Hypnosia had unleashed an insane piece of proto-death metal album upon the metal community in the form of their debut “Attempt to Assassinate”.

That debut features some real in-your-face death/thrash metal tracks that are extremely catchy and admirable in a powerfully irresistible way which totally crushed those who were able to grab a copy and made us crave for more.

It took six years before the band was able to deliver a follow up to the solid debut with a more matured and top quality sophomore studio album “Toxiferous Cyanide”, yet their music never rusted and the sophomore had pushed the band’s death/thrash style of music into new heights.

The follow-up album had caught a lot of attention all over the extreme metal community and it put Mass Hypnosia under the radar of metal zines and metal labels around the world, while putting them in a row with acts like KREATOR, SADUS and BLOOD FEAST.

This year, the band is back with their third studio full-length that will most certainly slay the fans with its vicious assault and all-out thrashing passion!

Yes fellas, this new opus from Mass Hypnosia will take you all down a trip to memory lane of the good ol’ 80s - 90s glory days of thrash while testing the listeners with the band’s storming and striking thrash metal mastery!

Now, this new material is by far the thrashiest album that has been delivered by Mass Hypnosia.

You just have to get a copy to understand what I am talking about!!!