Bearing a new mix overseen and approved by the band, this reissue of Attempt to Assassinate is a killer reminder of how ripping and merciless their debut record was when it first crashed the international scene back in 2010.

Insanity attacks from the third world hell of the Philippines blaze through this album adorned with new cover art - but with the same old reckless hit and run breakneck speed approach. Now you can properly revisit their sinister thrashing debut that has claimed many moshpit casualties
around the globe.

If you were too slow the first time around, then tough luck for those who missed it. Here's your second chance to own the classic debut record with a renewed sound and vision that's all their own. "Here's The Knife" straight through your skull the second and more deadly time around. Buy or Die.

Re-mastered by Agigi Bob at ROCKING STUDIO (Malaysia) in April 2021. 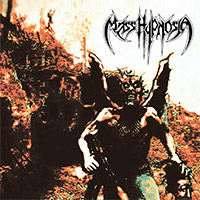