Formed in 1990 near Seattle, Rawhead were pushing a powerful  fast aggressive metal style at a time when a flood of musicians and media descended into the Northwest hypnotized by the “grunge sound.” Long before the “yarl”, there was a dense network of heavy and aggressive music seething in the underground. A few of those bands broke through the hype and hooked up with small distributors and pioneering metal labels. Rawhead flew beneath the radar, independent and unattached to any imprint. Undeterred, they self-released quickly recorded demo cassettes out to local and international DIY networks of metal heads getting the music out into the trenches. In the wake of an overwhelming commercialized wave, Rawhead—like many of the loudest, heaviest, hardest hitting bands from that time in the Northwest—left the evidence in the echoes of those nights on the floors and in the pits of the live shows.

This new anthology, “Demonstrations”, contains all material from Rawhead’s three demos: “Something Crushes Spine” (1991); “Bones Of All Men” (1992); and “The Last One” (1994), arranged in a track order that packs a punch. It’s proof that they had and still have a lot to offer thrash lunatics and die hard metal fans. From the speed pounding of “Something Crushes Spine” to the rapid fire power of “Bones of all Men” to the psychotic gloom of “The Last One” this anthology demonstrates the potential of this killer machine. Though the nineties may not have marked a break for them, “Demonstrations” is a worthy legacy and a view into the underbelly of a powerful time in music. 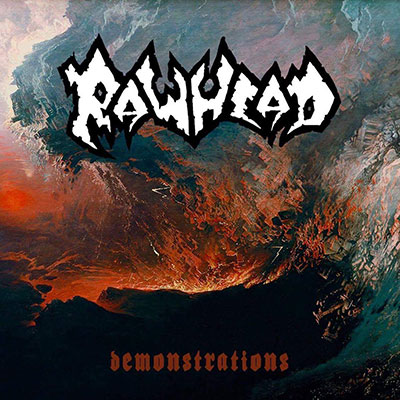